Buildings to live in: A conversation with Arild Eriksen 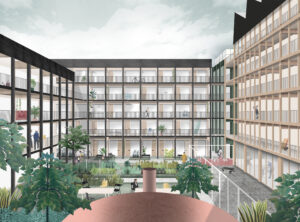 As an architect, Arild Eriksen has made a name for himself developing alternative forms of housing and social architecture. Among other things, he has worked as project manager alongside his former colleague Joakim Skajaa on the urban ecological Hauskvartalet in Oslo, a planned, non-commercial housing complex that will contain both communal kitchens and a public baths.

Today, Eriksen runs the architecture firm Fragment Oslo. In this capacity he has recently completed a feasibility study for Oslo City Council’s Office for Cultural Affairs, in which he and Unge Kunstneres Samfund present proposals for the construction of several relatively inexpensive artist apartments with studios in Hovinbyen, Oslo’s largest ongoing urban development.

MA: How much interest is there in this proposal for artist apartments in Hovinbyen?

AE: The project has been very well received by both the politicians and others. In Oslo, the City Council seems increasingly aware of the need for new social housing. For artists, the average annual income is around NOK 80,000, which is far from enough to cover the usual cost of living in Norway today. Since artists have to devote so much of their time to other jobs just to make ends meet, in effect they spend only a fraction of their time working with what they studied: art.

So lower living costs mean artists can devote more time to their profession. What other benefits, apart from the purely financial, do such housing projects have in your view?

Our proposal contains twelve studio apartments and a further thirty-two family apartments and smaller units. In addition, the design envisages a communal project room, workshops and a canteen. “Synergy” is a word that gets thrown about with reckless abandon, and not always in a positive sense, but obviously the opportunities this form of housing offer to bring people together are a valuable asset. What’s more, we encourage the artists to get involved in the development of the project, and perhaps even to help with the construction. As an architects’ office, we’re exploring ways to reinvent the housing cooperative, so that you end up renting from a company you partly own. There are many political aspects to this project.

Another advantage is that the project is sustainable. Can you explain how?

The building is constructed around a set of robust timber frames that can be erected and modified by future tenants. The studio building, for example, is designed like a system of adjustable shelving. The fact that it can be modified to meet changing needs, together with the building materials and other details of the heating and energy use – these are the most important factors with regard to sustainability.

What are your thoughts on production and industry in relation to the increasing compactness of urban architecture?

What you need to consider here is the way industry is being squeezed out of the city. Smaller workshops and industries, those run by craftspeople and artists, for example, have moved steadily further away from the centre. And the reason for this is that the buildings they used to occupy have all been bought up or demolished to make way for housing. What’s more, artists generally have to live with short-term rental contracts, which means their work situation is unstable and insecure and they frequently have to move out of the city. Art production is particularly hard for those with families to support. Incidentally, housing is affected by the same mechanisms, because the homes being built today are simply unaffordable. So if you’re in a low-income job, or at a stage in life when you have to accept that you won’t earn much, then you might well find it hard to continue living near your workplace.

Where does your interest in this kind of issue come from?

I have always been interested in conditions for the urban disadvantaged, and I was involved in urban activism in Bergen in the late 1980s. Everything we’re now doing in these projects can be traced back to the punk movement, its do-it-yourself attitude and its perspectives on inequalities and non-commercialism. We can’t sit around waiting for others to do things for us, we just have to do it ourselves!

For the launch of Fragment, we developed a kind of fanzine called Pollen. In this we explored the role squatters play in preserving buildings and the collective conscience that finds expression in the course of a squat. That’s when we started working on Hauskvartalet. You could say that the past ten years have been a long learning process which has shifted our focus from making beautiful buildings to establishing good processes – which often result in beautiful buildings. Housing policy is about more than just architecture. The expertise that we’ve built up from working on such projects is unique in Norway. These projects are as much about politics as architecture.

In Bergen, we never managed to establish an environment like the one in Trondheim, which is best represented by Svartlamon. In Oslo they had Blitz, but the level of social engagement in Trondheim has produced more innovative results. People there have found good forms of organisation. They’ve been more efficient in establishing places like Ivar Matlaus’ Book Café and Café Ramp. In addition, there are the experimental homes by Nøysom Architects at Svartlamon, which are built largely from recycled materials. These are interesting in this context because they prove that it’s possible to build cheaply and sustainably. And another building that sets a benchmark is the wooden tenement by Brendeland and Kristoffersen in Strandveien. For several years, it was the highest solid timber house in northern Europe, before the commercial market began exploring wood as a primary material.

Could you put your finger on what it is that artists can contribute to a dynamic urban development?

I find artists notice the organisational, ecological or social aspects of urban development in ways that architects and social anthropologists do not. Artists are more able to pursue projects from the angle of curiosity and to apply broader perspectives than the rest of us, as well as being more independent and having fewer commitments to other parties. They tend to be an underused resource in society, because they have to work in so many fields other than art just to pay the bills.

From your standpoint, how do you think public art can influence us?

For my part, I like art that involves nature and find it interesting when things like clearings, streams, vegetation and so on are used to enrich the urban space. Even so, for me the most intense artistic experiences in public space are of the social kind. There are many art projects that nurture a sense of belonging and give added value to urban life. One example is the Homebaked project, which has grown around a run-down and neglected part of Liverpool. The artist Jeanne van Heeswijk had set up a studio in a former bakery that was destined for demolition. After several people came in to ask whether the bakery would be opening again, she decided to make it happen. By asking “What does it mean to live well?” Van Heeswijk got the local community to think of ways to take the development of their district into their own hands and create the neighbourhood they wanted. Her art project succeeded in awakening a sense of community among local residents. The bakery is now run as a cooperative and the entire area has been reinvigorated.

Speaking of neighbourhood and community, what effect do initiatives like the artist housing project have on a city as a whole, and how do they impact local residents who are not artists?

It’s a good question. In all likelihood, many members of an artist’s family won’t be artists themselves. There are the children who go to a local kindergarten or school, and partners who work elsewhere or who shop at the nearest convenience store. On the other hand, one can always ask what the effect will be when people of high socio-cultural status move into disadvantaged areas. I would say that, as soon as they do, we start to think of those areas as less problematic. Concerning the artist apartments at Hovinbyen, the community we’ve designed is open and includes premises that are meant to attract some industry, in addition to which there’s a canteen and a neighbourhood workshop. It’s sure to change as it evolves, but the conditions are right for us to create an open space that also serves as a meeting place for people in the area.

This year’s Oslo Biennial focuses on process, production and temporary art, which might not even be considered art when viewed from the outside. The biennial can be seen in relation to the de-growth movement, which is in turn a reaction to the social model of economic growth and is associated with anti-consumption and anti-capitalist ideas. Can you say something about this perspective?

I think Oslo Biennial is living up to these ambitions, insofar as their headquarters in Myntgata is designed to allow for adaptation and modification over time. The building won’t need to be torn down after thirty years. But art production as such is also rarely a matter of growth. It often involves long processes that then result in an action, or the production of a drawing, a fence or a landscaped space. It’s not like working on an assembly line and making plastic toys.

Are the artist apartments your dream project?

Yes, in a way. Unge Kunstneres Samfund is also an ideal client insofar as they’re willing to organise and do things differently. The fact that here the housing association belongs to this kind of institution means the project has a longer-term perspective, which is very important. If we handle the organisational and social aspects of this well, then the project will deserve a place in the history of Norwegian architecture! 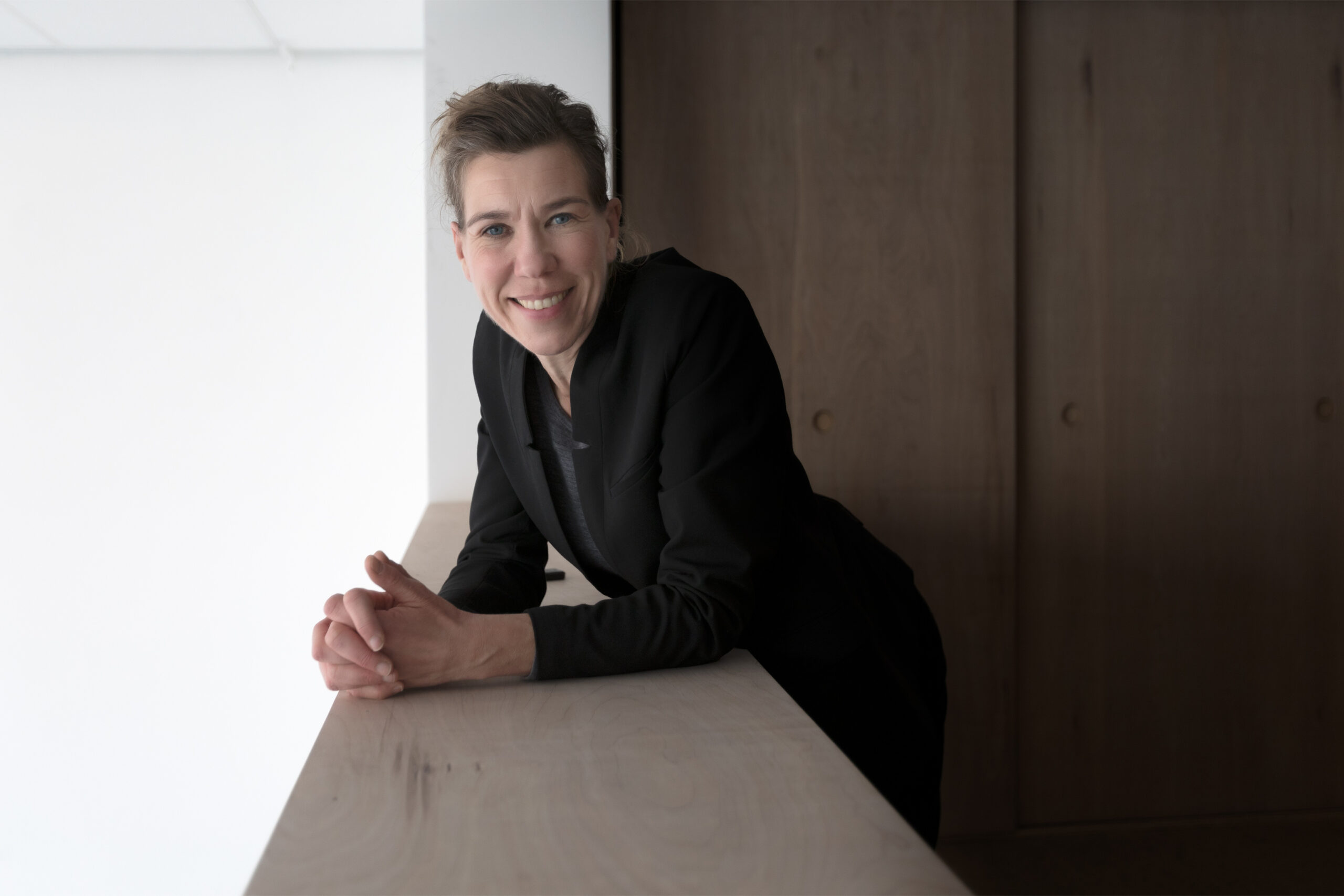 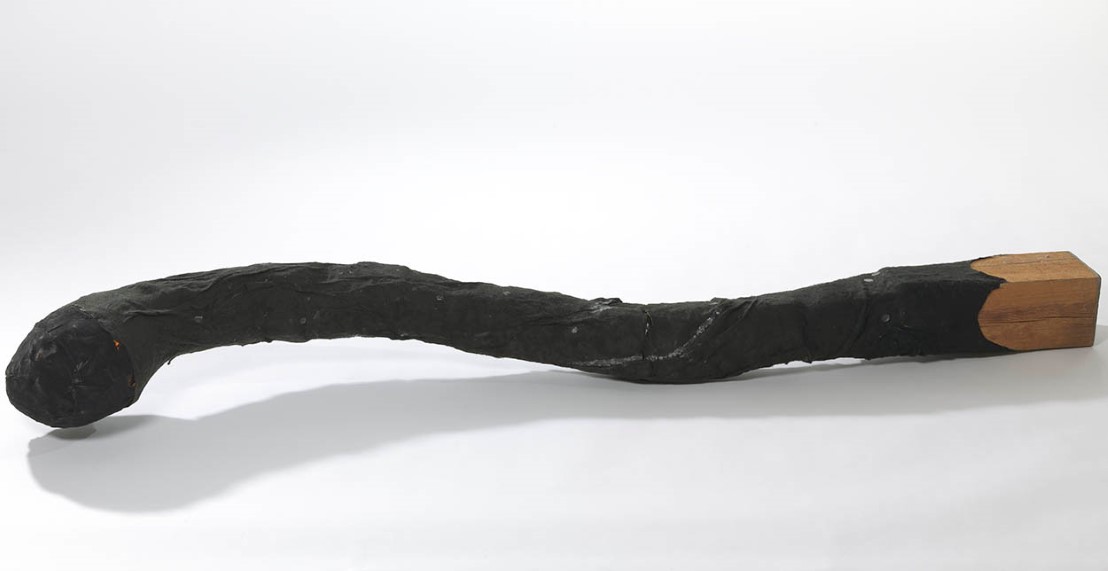 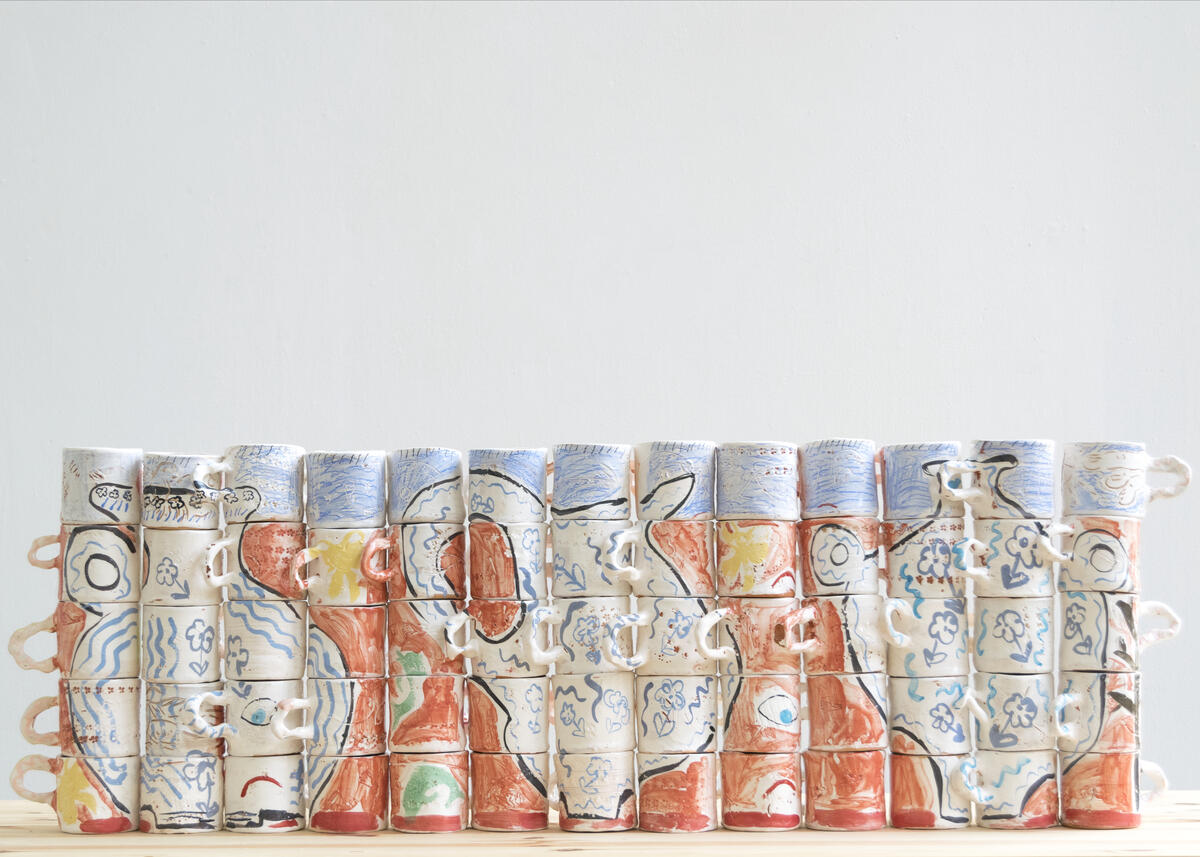